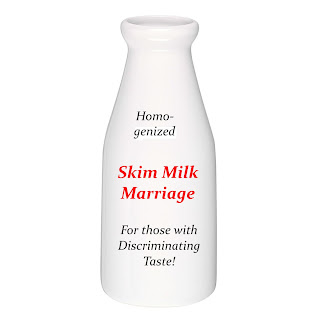 Posted by Jerry Wilson at 11:12 AM No comments:

What is the Role of Government?

The most divisive of philosophical debates in this country can be reduced to one basic issue: What is the role of government? I believe government has three roles, all of which are protective in nature. The first two roles are probably less controversial than the third.

The first role of government is to protect the people from foreign invaders. Thus, we have a military. But as part of that protection the U.S. sometimes is guilty of overreach, such as when we invaded Iraq. We were under no threat from Iraq, politically or militarily. Our interests were, supposedly, to stabilize a country thought by some to possess weapons of mass destruction. But the hidden agenda was surely to eliminate a hated tyrant. Our government overreached on that one by quite a stretch.

The second role of government is to protect the rights of the people from other people who would restrict those rights. In other words, to protect us from our fellow citizens who seek to harm us or our property. Thus, we have laws against murder, theft, rape, harassment, bribery, and so forth. But, as in the first case, sometimes government is guilty of overreach. We have laws in many states that prevent a woman from having an abortion under certain circumstances. Those laws are justified under the theory that fetuses are people too. But that question is open to debate and reasonable people take up opposite positions on that issue. In those cases, it is more prudent for the government to opt for the least invasive action: That of a hands-off approach. For the most part, those who believe there should be laws against abortion are basing their objection on religious grounds. If that is so, then these people have the freedom to choose never to have abortions. They are also free, under the First Amendment, to council others not to have an abortion. They should not be free, however, to force a woman who does not subscribe to their religious morality from having an abortion if she chooses. To many, a fetus is not so much a person as it is the property of the woman who is carrying it. Under that theory, if the woman wishes to protect her property from intruders the government should aid that protection by providing criminal penalties for those who would harm or kill the fetus. Just like it is against the law to take someone's car from them without their permission it should be a crime to take someone's fetus. But if the woman does not want her fetus, she should have an almost unlimited right to terminate it herself.

There should never be any religious test for whether or not something should be against the law, just as there is a constitutional proscription against requiring a religious test to hold public office. Sometimes laws exist that are also reflected in religious morality, such as laws against murder or theft, but those laws should never be based on religious morality itself. Blue laws, for example, that prohibit certain activities from taking place on Sundays should all be abandoned as antiquated and quaint.

The third role of government is to protect the people from themselves. And so we have programs such as Medicare, Medicaid, and Social Security. We also have seat belt laws and motorcycle helmet laws. This is the most controversial role of government and one that strict conservatives and libertarians would like to see vanish. It is also a role in which the government is guilty of overreach in an invasive manner. Some laws that should not be on the books include those that mandate the wearing of seat belts or helmets by adults, blue laws, laws against prostitution, laws against marijuana, and sodomy laws. And one giant overreach is any law that prevents anyone from marrying anyone else of legal age.

The government should have no role in determining the criteria for marriage. To determine who is or who is not eligible for government programs, the government can determine whether or not an individual qualifies based on its own criteria, but those criteria should always be in line with the least restrictive laws. For example, if a married couple is provided certain tax benefits, then any couple who is cohabiting should be provided those same benefits. The term "marriage" should not be defined or evaluated by the government at all. Marriage should be strictly a religious condition. Those couples who are not religious or who choose not to get married by a minister can still qualify for legal benefits through a cohabitation license. Those who do get married through a minister would still need to get such a license to quality for government tax benefits. Under this scenario, gay couples could get married anytime or anywhere simply by choosing to be married in a church or by a minister that allows for gay marriage within the doctrine of their religion. But whether or not a couple is married should have no bearing on government benefits, only whether or not they chose to get a cohabitation license.

As for entitlement programs, I'll leave that discussion for another time.


Posted by Jerry Wilson at 9:50 AM No comments:

Vastness of Universe Means No God and No Video Game

Something curious happened as we humans gained insight and understanding of our world, our universe, and our existence over the past few thousand years. Two or three millennia ago it was perfectly natural and completely understandable for our ancient forebears to believe that the earth was all there was in the universe and that everything we could see in the sky revolved around it. The existence of God as the creator also made perfect sense; we were complex creatures and complex things need to be created. But the ancients did not understand the mechanisms of the universe. They were superstitious and naive. Oh, they could map the stars. They could plant and harvest. They could build enormous structures. They eventually discovered that mathematics could describe the world and their creations. But mostly, they were observers.

A belief in God or in gods was directly related to what they observed. The sun and moon rose and set with precision, so they thought someone out there must be the time keeper. In the Old Testament times, most people thought the earth was flat and circular, like a coin (Isaiah 40:22). That was a logical assumption based on observation. And we humans were the only intelligent creatures known to exist (and still are) so it made perfect sense that a god set us upon the earth and that we were his creatures on his planet. There were no others.

Today, of course, we realize that the earth is not coin-shaped. We know that Earth is not the only planet and that the sun is but an average star among trillions. We know that we are not the center of the universe nor even the center of our own galaxy. We know that not everything revolves around the earth but that the earth revolves around the sun, which in turn revolves around a supergiant black hole in the middle of our galaxy. If for no other reason than the sheer vastness of the universe, we should have long ago concluded that we no longer need a god to explain things. If we were God's pride and joy that he created, why would he need all that extra real estate? It would make perfect sense to assume a god if we actually were the only planet in the universe, with everything circling us. But we're not. A personal god who specially created us for his own amusement (or to love) makes no sense in the context of what we know about the universe. Even if God had created other worlds with other humans on them, he could have created them around a single sun. But we know that their are billions of suns within just our own galaxy and we know most of them do not have earth-like planets, so what is their purpose? If we assume God created them all, he must have had a purpose. If we assume that there is no creator god then they don't have to have a purpose to make sense. They're just natural occurrences.

A recent hypothesis among some cosmologists is that, perhaps, we exist merely as part of a universe-sized computer game. There is even a push to use what we are learning about the granularity of the universe to find evidence for or against this hypothesis. If it were true, the creators of the computer game would be much like gods. They created us and they control our destiny (or at least set things in motion that would result in a certain destiny). But the same logic that tells us there can be no creator god in a universe as big as ours tells us that this video game creator probably isn't real either. There would be no need to waste vast resources creating distant stars and galaxies when it is us they are interest in. It seems very likely that whether one hypothesizes a futuristic video game creator or the God of the bible, the universe is too vast and too complex to allow for the existence of either. No intelligence capable of such a creation would be that wasteful of resources.

Posted by Jerry Wilson at 8:01 PM No comments: